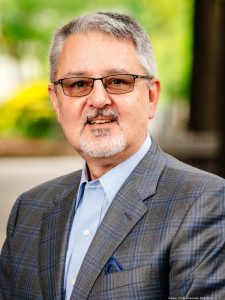 Southern Research, the groundbreaking scientific discovery and research institution headquartered in Birmingham, on Thursday announced that its board of directors has appointed Josh Carpenter, Ph.D., as its new president and CEO, and Allen Bolton as its new executive vice president for Strategy and Finance.

Both appointments are effective June 1.

Founded in the Magic City in 1941, Southern Research is an independent, non-profit scientific research organization where more than 400 scientists and engineers work across three divisions: Life Sciences, Engineering, and Energy & Environment. Southern Research has attracted national research partnerships with leading industries in the fields of pharmaceuticals, biotechnology, defense, aerospace, the environment and energy.

“Josh and Allen are forward-thinking leaders who are ready to chart a bold new course for Southern Research,” stated University of Alabama at Birmingham President Ray L. Watts, who is chairman of the Southern Research board of directors. “They have the full support of the Board as they begin to lead an amazing team of scientists, engineers and innovators who are working to solve problems and change the world for the better.”

“The work of Southern Research results in life-changing advancements and innovative solutions,” said Southern Research board member Mark Crosswhite, who also serves as the chairman, president and CEO of Alabama Power Company. “Josh and Allen’s vision and expertise will play an important role in leading this institution forward as a continued center of excellence.”

Carpenter most recently served as director of Innovation and Economic Opportunity for the City of Birmingham, where he led the City’s efforts in workforce development, COVID recovery and business expansion. Previously, he served as the director of External Affairs at UAB. He earned his doctorate in political economy from the University of Oxford where he studied on a Rhodes Scholarship.

“I am truly honored to take the helm of Southern Research and lead this incredible team that is finding solutions to improve people’s lives around the world. Southern Research has had 80 successful years, but I know the best is yet to come,” commented Carpenter.

Bolton most recently served as senior vice president for Finance and Administration at UAB, where he was also a member of the board for Southern Research. He was previously an executive in finance and strategy at the Medical College of Wisconsin, and was senior associate dean for Administration and Finance at the UAB School of Medicine as well as executive administrator at the Comprehensive Cancer Center, the largest research center in the University of Alabama System.

“Discoveries made at Southern Research have provided breakthroughs in cancer research, pushed the boundaries of science and saved lives. I am grateful for this opportunity to work alongside dedicated and talented people who have an unmatched passion for science and discovery,” concluded Bolton.