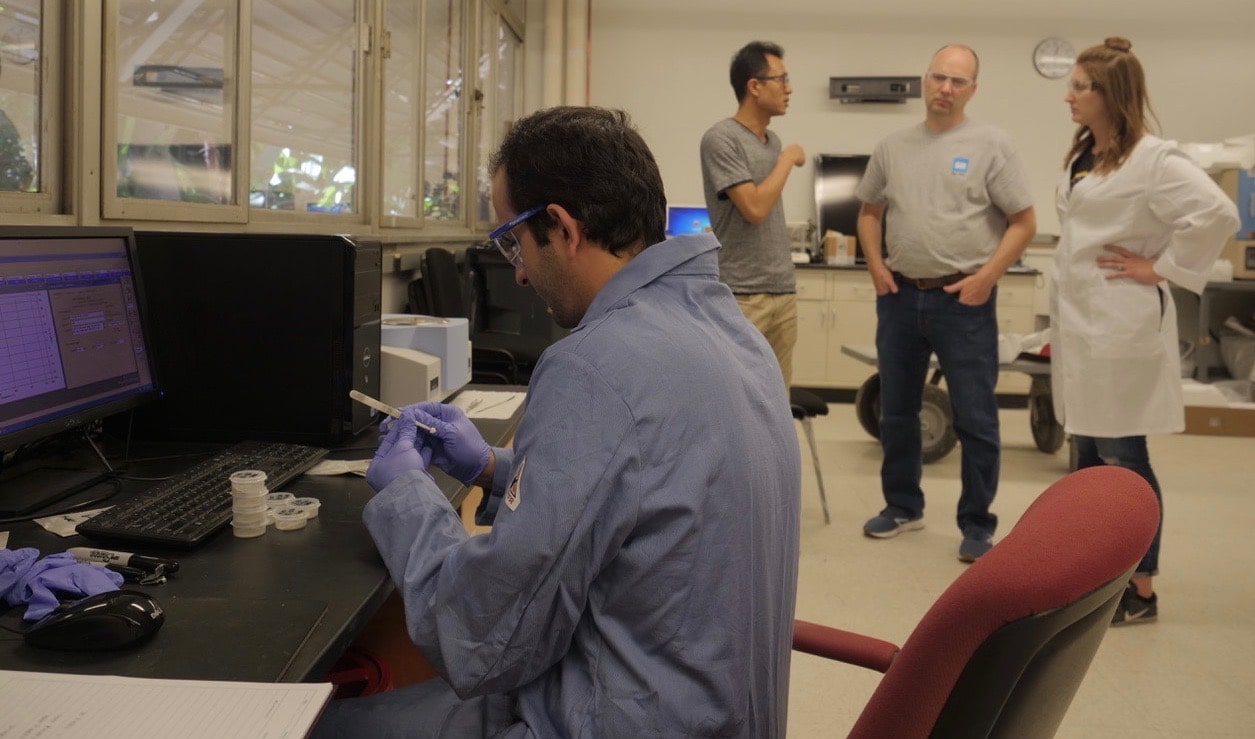 For more than a year, a Southern Research team has gotten a first-hand look at more than 20 technologies that aim to turn carbon dioxide emissions into valuable products as part of a $20 million competition challenging innovators around the world to develop breakthrough technologies that make valuable uses for carbon dioxide emissions, a leading contributor to climate change.

The NRG COSIA Carbon XPRIZE competition is now entering its final round, with this week’s announcement of 10 finalists now tasked with demonstrating their breakthrough technologies at an industrial scale under real-world conditions. A grand prize purse of $15 million is on the line.

It’s been a demanding job. Between October and December 2017, members of the Southern Research team traveled over 95,000 miles to 28 different locations in six countries to monitor the technologies, which were required to use a simulated power plant flue gas stream.

The Southern Research team spent five days at each of these sites, observing the stability and consistency of the systems and how much CO2 was utilized as products were made. It also examined the quality of the products resulting from the technologies and amount of CO2 sequestered in products.

The teams in the Carbon XPRIZE competition, who come from universities, startups, and companies all over the world, utilized a broad variety of approaches to convert CO2 into products ranging from carbon nanotubes, building materials and alternative fuels to fish food.

The commercial potential of these technologies is vast, with the Global CO2 Initiative estimating a $400 billion market opportunity for CO2 utilization products in the concrete sector alone, along with significant environmental benefits.

“It was really impressive to see what some of these approaches could do,” Hansen said. “It will be interesting to see how some of them can impact climate change via CO2 utilization. Some of these teams have a pretty significant capacity to utilize CO2 and to make products that are going to have some legs in the market.”

SCALING UP THE TECHNOLOGIES

“Independent measurement and verification of team technology development is a vital part of the independent judging process,” said Dr. Marcius Extavour, Senior Director, Energy and Resources at the non-profit XPRIZE. “The Carbon XPRIZE was looking for a partner who was capable of working with a wide range of competitors, with varied and complex technologies.

“Southern Research’s breadth and depth of expertise gave us confidence in their ability to work closely with all the teams to showcase their innovative technologies and deliver high-quality verification data,” he said.

The Southern Research team submitted its technical reports to the Carbon XPRIZE organizers in December and January. An independent panel of judges selected the finalists moving to Round 3 of the competition during a February summit, relying on the data provided by Southern Research. The finalists are splitting a $5 million milestone purse.

“We developed an XPRIZE scorecard based on the data we observed from each team,” he said. “We were trying to provide data on the technologies and let the judges pick the winners. That was really our driver – giving the judges reliable information to base a decision on. There is a lot to consider when you’re trying to judge these technologies.”

During Round 3 of the competition, the teams will scale up their technologies to fully demonstrate their potential, using actual power plant flue gas. While Southern Research’s precise role in the nine-month demonstration phase is still being determined, Hansen said he will aim to set up instrumentation that will permit his team to collect and monitor data consistently and, potentially, remotely.

“For this round, since they’re at large pilot, near-industrial scale, we want to make sure the data stream is coming in consistently for everybody and that we’re getting everything the judges need to make decisions. We want to avoid those last-minute scrambles for information that occurred in Round 2 as teams worked hard to pull off their demonstrations. Round 3 is a much longer evaluation than Round 2, and requires significant planning and coordination with teams, host sites, and XPRIZE.”

The Round 3 operational round ends in February 2020, with winners and the grand prize announced the next month, according to the competition’s organizers.

“I think there is a growing market for clean-tech investments and deployment,” he said. “As more technologies are developed and deployed, the people looking at investments in these technologies are going to want to know how they perform and what their impact can be, to reduce their risks and increase their benefits. We’re seeing that increased interest now, and we hope that this will spur more of it.”

He also thinks the technologies showcased in the competition are on track to turn CO2 into valuable commercial products and impact our climate.

“Even if you look at the teams that didn’t make the finals, there are some very valid, viable technologies there,” Hansen said. “The competition overall is actually helping to generate more awareness of the kind of breakthrough technologies that are out there, and it’s helping the teams get more interest that could drive the CO2 utilization market to develop faster.” 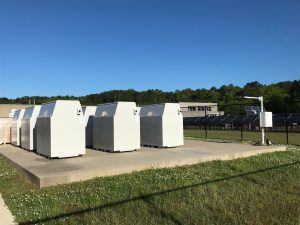 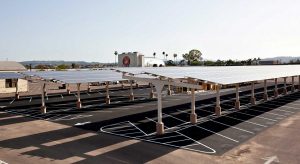 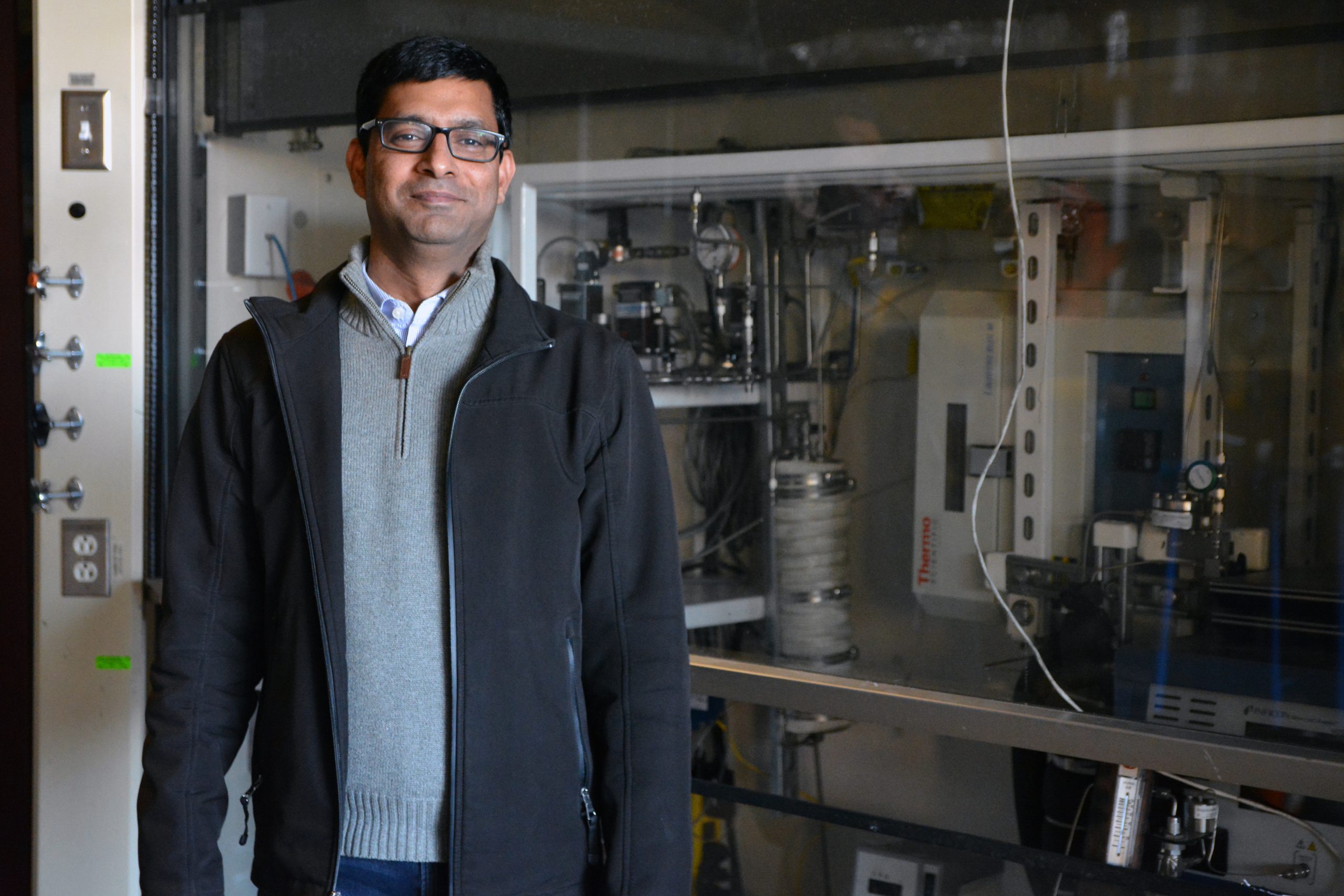