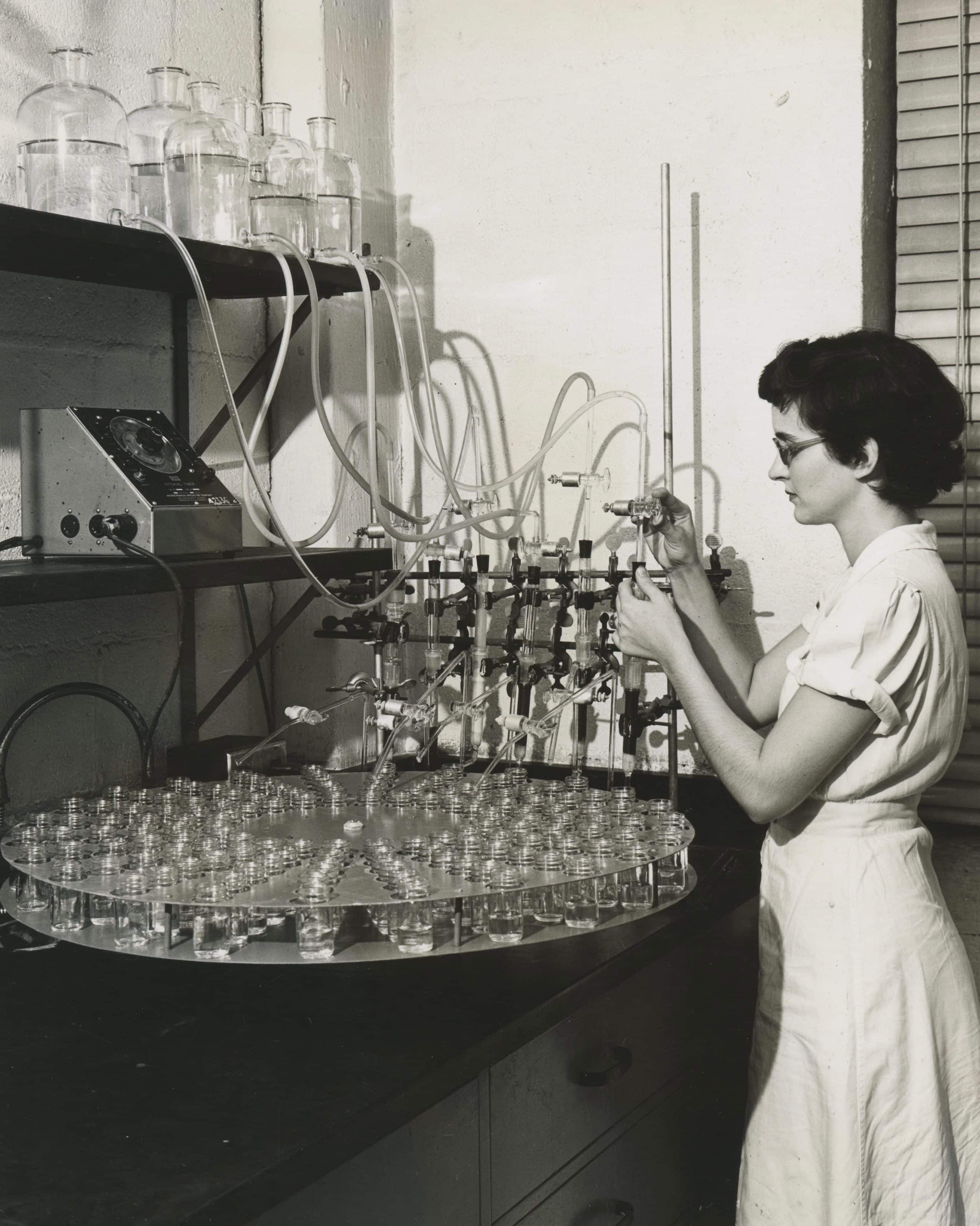 The first project at the fledgling Southern Research got under way in April 1945, when the entire technical staff consisted of an organic chemist, Carl Bordenca, and the director, Dr. Wilbur A Lazier.

The Morris-Cartwright Home in Birmingham, purchased months before by Chairman Thomas Martin, was converted into a base for Southern Research’s chemical laboratories and equipment.

The National Peanut Council was among the first to turn to the organization, requesting an extensive study on how the industry could expand its reach in post-war era. Specifically, Southern Research scientists looked at ways to make peanut butter more spreadable and stable. They even tried to produce a peanut butter ice cream.

Another early project called for devising a machine that would perform chemical and physical tests on cigarettes, sponsored by Larus & Brother Co. of Richmond, Virginia. The tobacco firm used the work to improve its products and develop new ones.

By September 1945, Lazier reported that the organization had grown to 20 scientists on staff and that $250,000 in sponsored projects had been lined up. The growth continued.

Three years later, the staff was approaching 90, most of them highly specialized scientists and technicians. They worked in six different buildings, and had already prepared nearly 50 technical papers and applied for 25 patents.

Though the organization was founded to serve Southern business concerns, companies from other states sponsored research projects. The Army, Navy and the Atomic Energy Commission came calling. It frequently functioned in a trouble-shooting capacity for corporations needing help, and much of the work was confidential.

In 1947, Southern Research produced some of the first chemical agent detectors for the military.

This is Part Two of a series looking at the history of Southern Research.