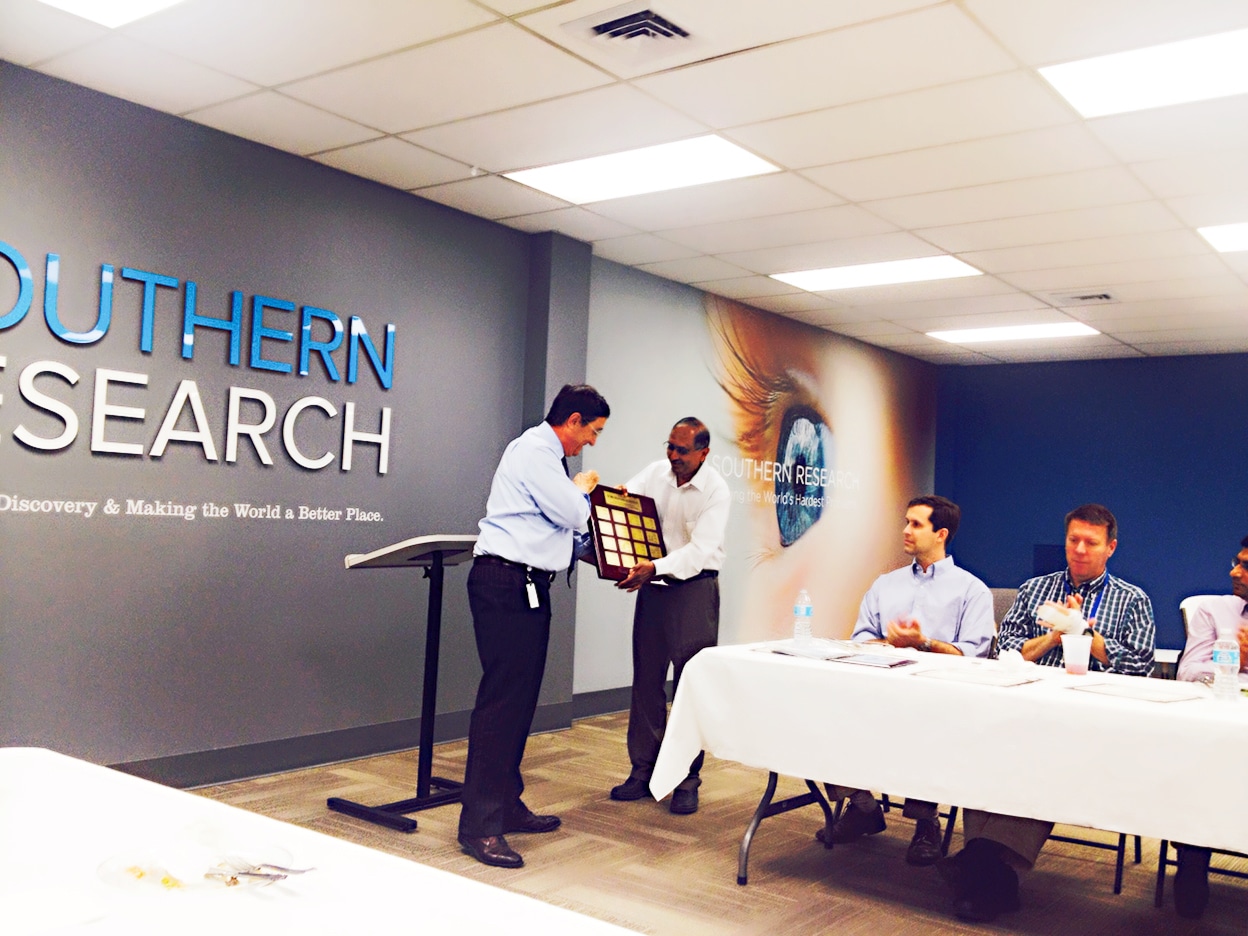 Southern Research honored the innovative work being conducted in its laboratories and facilities with the organization’s Intellectual Property Awards, which build on a rich legacy of scientific discovery and exploration.

Southern Research’s Scientific Technical Advisory Team selected this year’s winners based on the far-reaching benefits the work could have for society and on the potential for commercialization opportunities. The awards were announced at a special ceremony on Oct. 25.

“The scientists and engineers at Southern Research specialize in developing creative solutions to difficult problems, and their inspired technical work moves us closer every day to cures and new medicines, cleaner energy, and much more,” said Art Tipton, Ph.D., president and CEO of the non-profit organization.

“It’s critical that Southern Research remains at the forefront of innovation in a number of fields so that we can continue to make important advances that improve and save lives,” Tipton added.

Awards were selected from a review of 29 invention disclosures from 58 contributors, and nine patent filings naming 20 inventors.

The winners of this year’s Southern Research IP Awards are:

Southern Research patent activity has increased in 2016, with 14 new patent applications filed during the first 8 months of 2016, compared to seven during the same period last year.

“As an innovation-focused enterprise, Southern Research is constantly inventing and innovating,” Blasey said. “During its 75-year history, many important innovations have been made by Southern Research scientists and engineers, and this work continues today.

“To both support and recognize this culture of innovation, Southern Research honors its scientists and engineers who have submitted the most innovative invention disclosures, as well as those who have been awarded particularly noteworthy patents,” he added.