Scientists at the microbiology lab led by Javier Campos-Gómez, Ph.D., in Drug Discovery at Southern Research discovered that Pseudomonas aeruginosa, a bacterium responsible for severe, drug-resistant infections in humans, uses a family of fatty acids, known as “oxylipins,” in a cell-to-cell signaling language critical for its virulence.

The Campos-Gómez team was established to explore novel ways to fight infectious disease, so when Campos-Gómez’s long-standing colleague and team member, Eriel Martínez, Ph.D., suggested that oxylipin molecules could represent the “words” of a new type of P. aeruginosa bacterial language, the laboratory immediately began investigating that hypothesis.

While bacteria use other chemical molecules in signaling systems, the scientists say this is the first time that oxylipins, which are commonly recognized signaling factors in animals, plants and even fungi, have been shown to play a part in cell-to-cell communication in any bacterium.

“Bacteria talk to each other using chemical signaling molecules,” Martinez said. “This allows bacteria to work together to achieve functions that couldn’t be achieved as individuals. Our study reports a new bacterial language that uses oxylipins as words.”

The researcher’s findings suggest that disrupting oxylipin production by P. aeruginosa will defend against a bacterial infection the World Health Organization (WHO) has named a serious threat to human health.

“This is important because we can design a new generation of antibiotics that target this oxylipin pathway,” Campos-Gómez said.

Bacteria mainly communicate via what’s called “quorum sensing,” which involves the production of various small molecules that function as “words” of the bacterial language. In P. aeruginosa, oxylipins function as new “words” in a novel quorum sensing system, the Southern Research scientists found.

This system controls the changing roles of genes in a bacteria community, turning some on and others off. In P. aeruginosa, the oxylipins are synthesized from oleic acid, a specific fatty acid, which is abundant in the tissue of a host organism, including humans.

The scientists previously found that these oxylipin molecules play a key role in the formation of the biofilm that acts as a shield to protect P. aeruginosa from attack by the human immune system and from antibiotics. (See original publication here).

“This is a step forward. Now, we know more about how oxylipins function in P. aeruginosa. They are signaling molecules involved in regulating biofilm formation and virulence,” Campos-Gómez said.

The WHO has warned the bacteria in this group pose a particular threat in hospitals, nursing homes, and among patients whose care requires devices such as ventilators and blood catheters. They can cause severe and often deadly conditions such as bloodstream infections and pneumonia.

The Centers for Disease Control and Prevention (CDC) estimates that 51,000 health-care associated P. aeruginosa infections occur in the United States each year. More than 6,000 of these, around 13 percent of the total, are multidrug resistant, with roughly 400 deaths, according to the CDC.

“P. aeruginosa is one of the toughest bacterial infections to cure because it is able to form this biofilm that makes it very resilient against antibiotics,” Campos-Gómez said.

The Southern Research scientists have already developed a high throughput assay to identify small molecules that block the production of oxylipins in P. aeruginosa and have identified a couple of promising compounds.

“We are trying to develop a new generation of antibiotics that do not directly kill the bacteria, reducing the odds that it will develop resistance to the drug,” Campos-Gómez said. “We want to disarm the bacteria, so that the immune system takes care of the bacteria itself.” 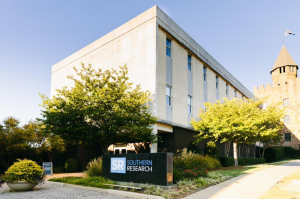 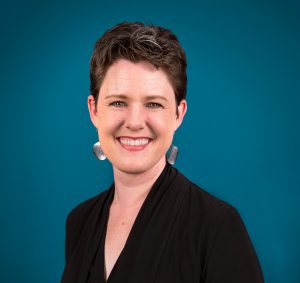