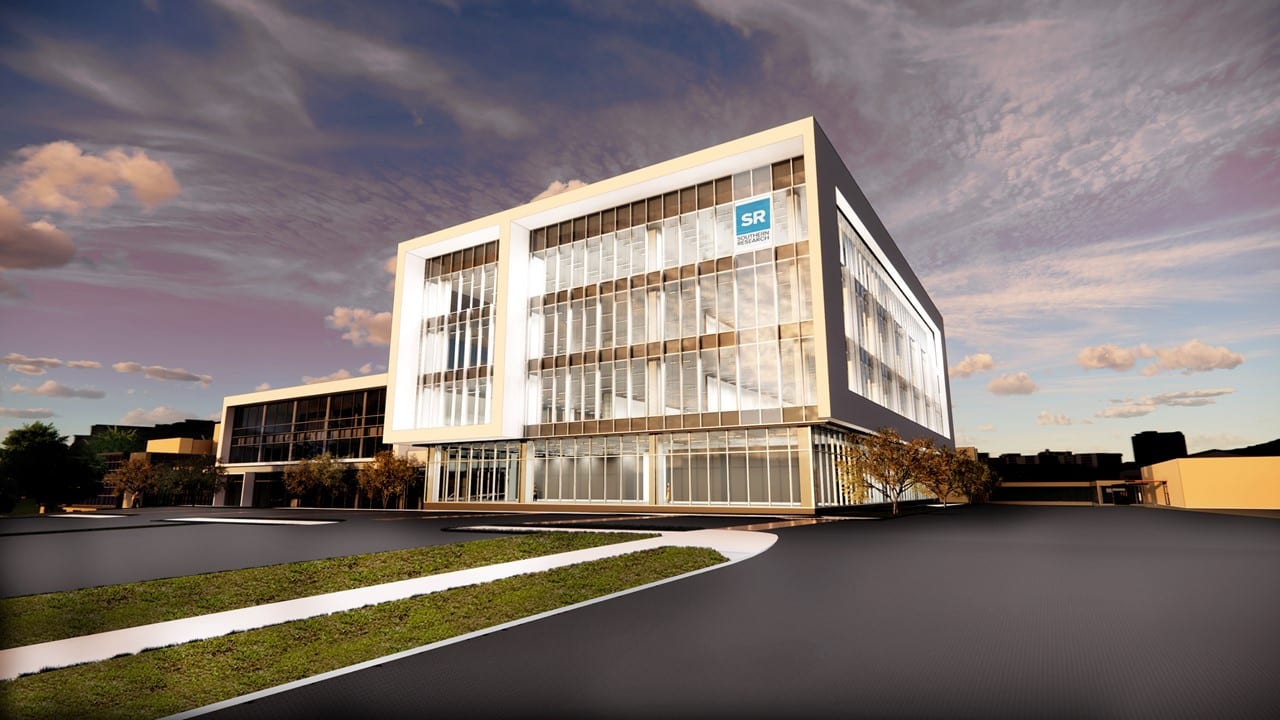 Birmingham, Ala. (Nov. 17, 2021) — Southern Research announced plans today for a new facility on its Birmingham campus that will allow it to hire more than 100 new scientists and become a hub for pandemic preparedness.

The new building will be located on the site of Quinlan Castle, a long-vacant apartment building constructed in the 1920s that has been deemed unsafe, too costly to repair, and unsuitable for modern lab space.

Southern Research received approval from the city of Birmingham’s Design Review Committee this morning to bring down the castle. This decision will allow Southern Research to build a state-of-the-art facility that will double its Biosafety Level 3 lab space for research on infectious diseases and expand commercial wet lab space by 60,000 square feet.

“Southern Research has made significant contributions in the fight against COVID, with key accomplishments in testing, treatments and vaccine development,” said Josh Carpenter, Ph.D., the president and CEO of Southern Research. “By investing in a new center for pandemic for pandemic resilience, we can magnify our work to combat this virus and better prepare for the next threat that might endanger our family and friends.”

Initial funding for the new facility is available because of Southern Research’s strategic decision earlier this year to sell a lab facility in Maryland and re-direct almost $20 million and 50 jobs to Birmingham.

The new jobs and investment from the planned expansion will allow Southern Research to nearly double its annual economic impact to Jefferson County, to approximately $300 million. Just as important, the new facility will enable Southern Research to greatly expand its capacity to advance medical innovation and science.

As it stands, Southern Research has conducted more than $30 million in research related to COVID. Among other things, Southern Research worked with UAB to helped refine remdesivir as a treatment for COVID, and its collaboration with Tonix Pharmaceuticals produced a potential vaccine that is now in clinical trials. The new lab space will allow Southern Research to expand its work on diseases like COVID and broaden its capacity to address common diseases that made COVID particularly lethal to Alabamians.

In pursuing its plans to expand its operations in Birmingham, Southern Research evaluated its Birmingham campus structures, including Quinlan Castle. Independent architects and structural engineers found the castle posed serious safety hazards that would be cost-prohibitive to address. These experts also expressed serious doubts that the old structure could be retrofitted at any price to support infrastructure required for a modern lab.

“After careful study and consideration of our options, we firmly believe that the best use of this site and our resources is to build a facility that allows us to meet the challenges of today and tomorrow and invest in the future of Birmingham,” said Allen Bolton, executive vice president for strategy and finance at Southern Research.

Southern Research currently has 400 full-time employees, brings in $80 million in revenue and has an annual economic impact of $150 million.