A satellite or a spacecraft that better resists micro-meteor strikes. A new catalyst that lowers the cost of a major petroleum feedstock for plastics and slashes greenhouse gas emissions.

These are possible payoffs from an inaugural collaboration between Southern Research and the University of Alabama at Birmingham to launch two seed-funded projects by engineers and physicists from these Birmingham research powerhouses.

The immediate goal is synergy. This is seen especially in one of the pilots — a study of catalysts used in petroleum cracking.

A catalyst is a substance that reduces the amount of energy needed to drive a chemical reaction, and the catalyst does this without its being consumed.

At SR, Amit Goyal, Ph.D., leads a team that develops catalysts to convert biomass or natural gas to fuels or create chemical products derived from petroleum. Goyal says he developed a great interest in the capabilities of UAB’s Cheng-Chien Chen, Ph.D., and Kannatassen “Krishen” Appavoo, Ph.D., to aid his search for better catalysts, particularly for the conversion of ethane to ethylene, a feedstock for plastics and other chemical products.

“Conventional ethylene production is very energy-intensive, consuming 1 percent of the world’s annual energy production,” Goyal said. “If a mild process can be developed that utilizes abundant low-grade carbon dioxide from different combustion processes and cheaply available lower alkanes derived from shale gas — at economically competitive rates — a major impact on reduction of carbon dioxide can be made.”

Goyal’s group is able to synthesize and characterize a variety of mixed-metal oxide compounds as potential catalysts. Chen will use quantum mechanical modeling and UAB’s supercomputer to understand the catalytic reaction mechanisms at a molecular level. Appavoo will use ultrafast lasers to look at short-lived intermediate chemical species and reactions that take place on the catalyst surface.

“In order to dig deeper for industrially relevant, promising catalyst systems, it makes a lot of sense to collaborate and understand fundamental mechanisms that will further improve the catalyst systems, or permit use of similar systems for different chemistries,” Goyal said. “This project is a good mix of physics, chemistry and computational expertise.”

Goyal works in Durham, North Carolina, as director of the Southern Research Sustainable Chemistry and Catalysis group at SR’s Advanced Energy and Transportation Technologies facility. Also in the pilot is Jadid Samad, an SR senior chemical engineer and technical lead. At UAB, Chen and Appavoo are assistant professors in the Department of Physics, UAB College of Arts and Sciences. Their backgrounds include research at four U.S. national laboratories — Chen at the SLAC National Accelerator Laboratory in California, the Argonne National Laboratory in Illinois and the Oak Ridge National Laboratory in Tennessee, and Appavoo at the Brookhaven National Laboratory on Long Island.

Protecting spacecraft
The second pilot study, led by Thomas Attard, Ph.D., associate professor, UAB School of Engineering, and Jacques Cuneo, a manager in the SR Materials Technology Group, tackles a different intriguing problem — how to make much-needed components for spacecraft that are both heat-resistant and able to resist high-speed impacts from micro-meteors or space junk.

The number of orbiting fragments large enough to destroy a spacecraft has more than doubled in the past 25 years to an estimated 150 million tiny harmful objects, traveling at very high speeds.
NASA is actively tracking more than 500,000 pieces of debris, ranging in size from a tennis ball to a tiny marble, and if any of those makes a hit, it can disintegrate into tiny, untrackable particles that can still punch holes 100 times the particle’s diameter. Orbitable space is approaching “collision chaos,” Attard said.

“Many fiber-reinforced polymers — including carbon-fiber composites — have high strength and stiffness, good chemical and heat resistance, and low weight and may present great alternatives to many everyday problems,” Attard said. “However, a major drawback is brittleness and insufficient toughness and damping, and in large-impact environments, this can lead to unexpected and catastrophic failure.”

By tunable, he means the ability to change reaction rates and also reverse reactions through dissociativity between a slow-curing epoxy and either a pre-polymerized polyurea or a hindered-urea bond, i.e., un-polymerized polyurea. He calls the outcome a “Dynamic Covalent Interface,” or DCI, that will contain newly created and designable chemical bonds that are self-healing under extreme impact. The concept of creating a new “DCI skin panel” is to lessen the risk of sudden breakage of fiber-reinforced polymers by creating better shock dynamics, while still maintaining temperature resistance in satellites and various spacecraft structure components.

“Dr. Attard’s team at UAB will be doing all the up-front work formulating the polymer chemistry and getting it into a useful form,” Cuneo said. “The team at SR will do downstream work to test the material’s thermal and mechanical properties and work with potential vendors to assess its potential for coatings or as a matrix material for composites.”

The UAB/SR collaboration began last December with a research retreat for 60 scientists and engineers from UAB and SR, as Chris Brown, Ph.D., UAB vice president for Research, and Art Tipton, Ph.D., SR president and chief executive officer, were seeking ways to create more collaborations between the two institutions.

“It was a wonderful idea-exchange and incubation session,” Goyal said. “It was fascinating for me to learn about the computational modeling tools of Professor Chen and the ultrafast in-situ characterization capabilities of Professor Appavoo.”

At the retreat, Brown and Tipton announced they would jointly fund several new initiatives, and the two winning proposals were chosen this summer.

“This is a fantastic opportunity to capitalize on the scientific and engineering strengths of our two organizations — literally across the street from each other,” Brown said. “We anticipate that these two pilot projects will lead to more collaboration in the future.”

“Southern Research and UAB maintain many positive collaborations, particularly in the life sciences,” Tipton said, “and this pilot study program has already proved to be a great way to catalyze more innovations and collaborations in a broader range of areas between the two organizations. I am thrilled with the range of ideas proposed and look forward to this research’s investment providing returns.”

In 2019, at the end of one year, the two pilot studies will report on those returns, as measured by:
• Applications for external funding
• Intellectual property
• Publications in high-impact journals
• Commercial opportunities

The one-year pilots, each funded with $30,000, are jointly supported by the UAB Vice President for Research, UAB College of Arts and Sciences, UAB School of Engineering, and Southern Research. 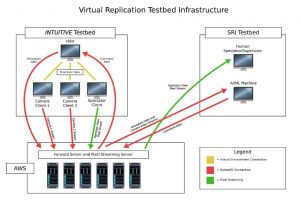 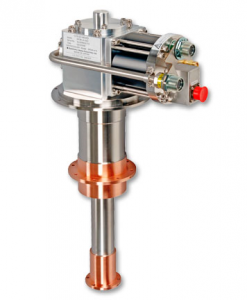 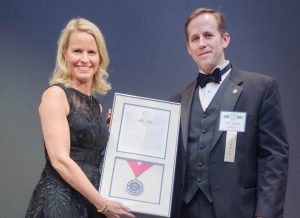